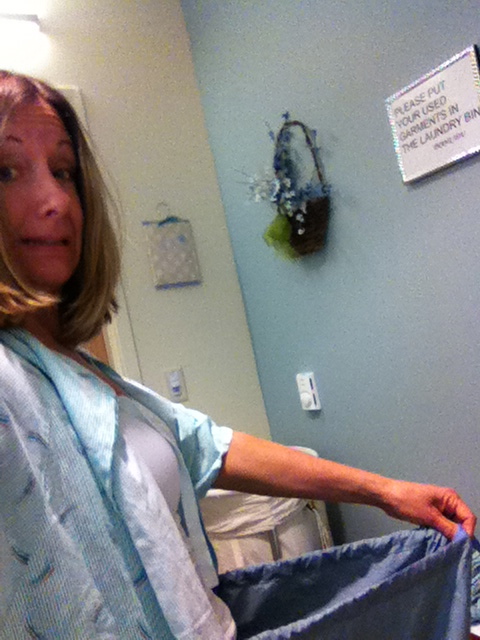 I had an MRI the other day.  I’ve never had an MRI before, so I didn’t know what to expect.  But really?  Why does it take 30 freaking minutes to scan ONE knee?  My experience in 6 bullet points.  In case you were wondering.

Whelp, the results are in.  Not only is my left meniscus torn in one place, but in two.  Apparently, it’s both a quick fix and a quick recovery.  In fact, they do it while you are awake.  Great.  I can’t stand the thought of having a bloody nose.  Imagining that they will be making two holes in my leg while I lie there awake will most likely freak me the freak out.  I’m hoping they give me something other than a knee numbing drug.  A brain numbing drug would be really nice.  Yes, I would like that very much.  Taking the chance I may say something inappropriate while under the influence is one I am willing to accept.  Oh hell, let’s face it.  I say something inappropriate even when not under the influence.  Bring it on.

And as far as running is concerned…I am going to run my ass off for the next 7 days.  Because after that, I can’t do much for a week.  Ok, two weeks.  Ok, after I ran into someone I know today at My Retail Job, it turns out I need to not run for 6 weeks.  Shit.  I’m now thinking I should have crammed a pair of those 3XXL pants into my bag.  I may be needing them.

2 Replies to “Most Ridiculous Inconvenience”