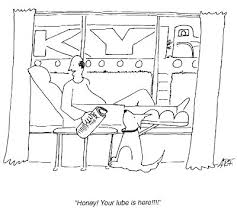 I have a sad story to tell. I don’t know the statistics, but I’m guessing just about every woman with a vagina will suffer from the ailment of which I am about to speak of.

Last week, I wrote a post about having sex for the first time after baby. If you missed it, you can read it here.

I received a comment from an older woman. Her name is Marcie. She told me about her friend. Her name is Bonnie.

They are both on the other side of menopause. Which means they are dryer than a prune on the equator.

Marcie is lucky. Her hubs doesn’t care much about sex anymore, therefore, Marcie doesn’t have to worry about it. Because, and I quote, “sex after childbirth is nothing compared to what you will face after menopause! It is painful beyond belief! Sex after menopause is like sticking knives AND sandpaper in there.”

Thanks Marcie. Glad to know that I have something fun to look forward to. I love the feeling of sandpaper in my vijay jay. Said no woman ever.

Now, her friend Bonnie isn’t so lucky. She happens to be married to a sex machine. Pretty much no amount of KY Jelly will do the trick. There are drugs with dangerous side effects that she has to take so that her man can get his rocks off. And these drugs don’t even work all that great. I just hope she’s able to achieve the big “O” for her troubles.

Why is it that men can go at it like little Jack Rabbits and can procreate until their last breath? I still am amazed at how far Tony Randall went. That little horn dog. May he rest in peace. I just hope he’s not trying to hump my grandmother up there. Oh right, he likes the younger ladies.

What was I saying? Oh yes…sorry about that.

I love men. I really do. This is in no way a man bashing post. I’m just stating the obvious. And, also, I need to say that I’m totally coming back as a man in my next life. Because seriously, if I don’t have to have my ass ripped open by a human head ever again, I wouldn’t be happier.

Anyway, I did a little comparison. Correct me if I’m wrong.

What women have to endure:

Just so you know, my husband looks better than the day I met him. Why does the gray hair at his temples look sexy when my gray hair just makes me look like an unkempt old maid? I have to pay hundreds of dollars a year to prevent this look from taking over my life. That is not a lie. But I digress.

What men have to endure:

Okay, so we have 5 and they have 4. But can we compare apples to apples? No, it’s more like comparing apples to watermelon. Or even worse, an apple to the Loch Ness Monster. Does that sound dumb and not make sense? Exactly.

Now I am no man. So, I don’t know what it’s like to be one. But my hubs doesn’t complain about anything unless his stomach hurts, he cuts his finger or has a cold. Therefore, to me that means that there isn’t much to complain about.

Unlike us. See above. Yet, we do these things and we do it with dignity. Because, hello? Girl Power, that’s what.

May I just say before I go that may God never change the rules and decide that men should give birth. Because hello? That’s scarier than the thought of the apocalypse. Don’t you think?