The below post is based on a story I heard during Christmas break. The words may not be verbatim, but the facts are true. This is not me — even though I am telling the story as if it is — but rather it is another very funny person in my life who does not realize how funny she is. She shall remain anonymous as per her request. 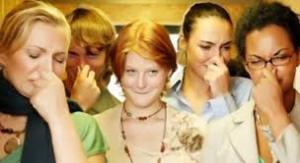 One day, a few years ago (I cannot pinpoint the exact year because I would much rather just put the entire incident somewhere where I cannot reach it. You know, like in a titanium vault that not even the nuclear bomb could open), I had a serious problem that was emitting from the bottom half of my body. Particularly, my ass.

I felt it coming and I knew it wasn’t going to be good. You know that feeling? That almost runny, burning feeling when you eat too much spicy food and fiber? You can feel it collect right at the door. It wasn’t good.

My boss asked me to run to the bank to make a deposit. I used his car. Upon entering the vehicle, I let it loose. It wasn’t a “shart” exactly, but I felt below for clarification. Because it sure the hell felt like one.

Well, let me just tell you, the worse smell known to man came out of me. It curled my toes and singed my hair. Thank God I was alone. Except when I looked up, I saw my boss coming toward me. I totally pretended I didn’t see him. I knew I had to move fast. I started the car and drove out of the parking lot, right past him.

I’m surprised I didn’t run him over. But I just could not, under any circumstance, let him in. He would have died. He didn’t know it, but I was saving his life.

Later that afternoon, I felt it again. It was coming and it was coming hard. I was in the office and I knew I needed to get to a private place, quickly. I opted for the file room up in the attic. I knew I’d be safe there.

I climbed the stairs, looked around and let loose. I pulled down my pants because I didn’t want the gasses to linger in my underwear. The smell was horrific. If there was anything alive up in that space, they were now, umm…dead.

I thought I was out of the woods, but what do you know? As luck would have it, who comes up? My boss. Can you believe it? The same man whose life I was trying to save just hours earlier. I was wondering how I was going to get out of this one when he said this:

“Oh My God. What is that smell? I think something died up here. Jocelyn, call the exterminator. I think we’ve got mice.”

He thought something died up there. Yeah, something died. In my butt. I went to my desk and did what he asked. I dialed the number for Mike’s Pest Control.

They came at once and put out mice traps all over the attic. And do you know that smell lasted for a good 4 hours? I wish I could have told him to save his money, because like I said before, if there was anything alive up there, they were now among the dead. I literally and naturally fumigated the place.

But I couldn’t tell him. I didn’t want to be known as the woman whose farts likened to that of a dead mouse. I certainly didn’t need that to be my legacy.

And that, my friends, is how I almost peed my pants on Christmas. I laughed so hard, I probably added a few years to my life. And for that I am grateful. Lord knows, it’s been a trying year with some of my life taken from me.

I know we all have an embarrassing fart story. But this one takes the cake. Now go on and have a Happy New Year! And please, don’t eat anything that could potentially be deadly while coming from your other end. Or you might get pest control called on you.