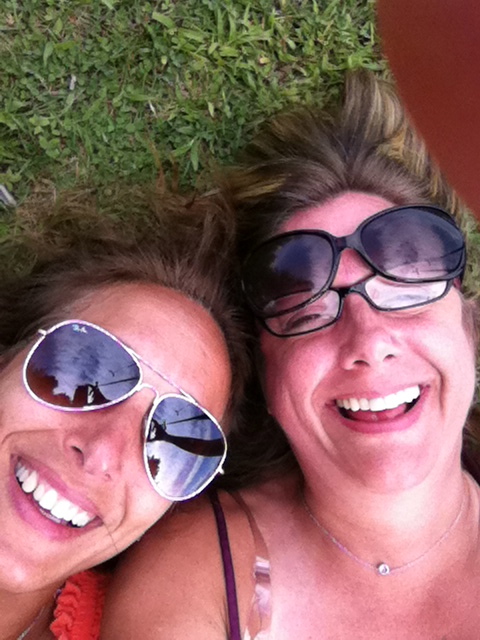 I spent the day with my best girlfriend yesterday.  We have been friends since high school —  almost 30 years.  We don’t get the chance to see each other as often as we would like.  Besides living about an hour away from each other, we have busy lives.  But when we do get together, it’s as if we never missed a beat.

This chick knows the good, the bad and the ugly about me.  I can say what I want and act how I wish when I am with her.  I can be 100% me, no questions asked.  There is no judging going on.  There is no weird jealous crap.  There is just pure friendship.  Do you know how refreshing that is?  Yes, you do.  Because every one of us has a friend like this.  You may even be lucky enough to have a few.  But just a few.  Because honestly, that’s all we need.

I love men, they are awesome and I’m sure they have great relationships.  But we women just know.  They do have to be the right person though.  Because men will argue that they don’t stab each other in the back or are catty.  And they are right.  So just choose wisely.  My BFF wouldn’t do that.  Would yours?