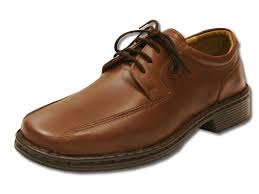 It is no secret that I am not a fan of cooking. Sure, I make dinner pretty much every night for my family. But that’s because if I don’t, they will starve, wind up eating crap or I will be talked about behind my back for being a terrible wife and mother and it’s bad enough that it takes me a month to clean my house so I figure I should do something that resembles some sort of domestic act.

I’ve had a running joke for 22 years about holiday cooking. I’m like a broken record this time of year. Especially if I run into a friend or acquaintance at the local Shop Rite. “So, Mo, are you cooking Thanksgiving dinner?” My answer starts out like this, “Umm, that would be a HELL NO!”  I then repeat for the 253rd time, verbatim, the only speech I made on my wedding day. The gist of my little speech? I basically made it very clear that I would never, ever host a holiday dinner EVER.

Last week, this exact thing happened. I saw a friend of mine ahead of me in line. “So, Mo, are you cooking Thanksgiving dinner?” My reply? See above. Of course this friend just laughed and laughed. But the woman behind me? She snapped her head in my direction and glared at me as if I had just fed my child some glass shards.

I risked a peek at her. Suddenly, I was a little ashamed and felt the need to make sure this stranger knew that I loved the holiday and even though I won’t host, I am willing to help out in any way I can. For some reason, I thought I should rectify myself in front of this person who I have never seen before in my life and who I will probably never see again.

Even though I felt like Scrooge lost in the wrong month, my feelings of regret were short-lived. By the time I paid for my groceries, the exchange was forgotten about. Besides, I stand behind my nearly quarter of a century declaration, DAMMIT!

The other day, my sister-in-law, the same sister-in-law who has been hosting Thanksgiving for the past umpteen years — bless her heart — called and asked me to bring a ham. I swallowed hard, my heart rate doing double-time. I think I even broke out in a little sweat.

A ham? I don’t even know how to buy one, let along cook one.

Twenty-two years into my marriage and I have yet to prepare one of these things. I can slap down a couple of slices on some bread but that’s the extent of my experience with ham.

The problem is, every time I make some kind of meat dish, it winds up resembling more of a piece of shoe leather than something that you want to actually eat (I said I cook for my family, I didn’t say I was good at it).

The day she called me and asked for this thing called a “ham” was the day she put the life of our Thanksgiving dinner in my hands. It’s not my fault. Like I said, it’s not a secret.

I find comfort in knowing that there will be other options on the table. So, the meal will not be lost just because I feel the need to keep meat in the oven longer than necessary to prevent anything like E. coli or Salmonella from happening. After all, my heart is in the right place.

So, go forth my people and enjoy your Thanksgiving Day. May your turkey or ham or tofu be perfectly prepared. As for me, I will not be having the ham. I heard the cook isn’t very good.

It is absolutely the most common of knowledge that I dislike being in the kitchen. I hate cooking in it. I hate cleaning in it. I do like to stand in it though because my kitchen is kinda new and it looks really pretty. I also like to pour myself a glass of wine in it. Or make a margarita.

But cooking? Ugh, blah, gross, puke and plfffftttt (that’s the sound you make when you stick out your tongue and make a raspberry). My goal is to get in and get out asap. You know, like when those Army specialist guys or Navy Seals are on a mission to go get some terrorists or whatever? Just like that. Without the guns and stuff. And less blood. Well, maybe. If I am careful with the knife and remember to move my finger out of the way.

I have 10 thousand cookbooks. All collected through the years starting in 1992, the year I got married. Because I tried. I did. I tried to cook nice. After I had a cry-fest on my wedding night in the shower, because I totally freaked out that I had no idea what I was going to make this man of mine for the next forever, I snapped to.

I got out my cookbooks, tied on an apron and cooked like a madwoman for a solid week. I know exactly what DH thought. “Boy did I pick a winner. Good decision bucko, I’ll be fed for life and it will be good.”

Except it wasn’t. I hated it so much, I pretty much never did that fancy stuff again. I got by on tomato soup with those white milky specks (why does that happen?), spaghetti with sauce out of a jar and if DH was really lucky, frozen meatballs thrown in for good measure. There was chicken, chicken and more chicken that pretty much resembled shoe leather, and as a special treat…sloppy joes.

My philosophy is now this: Screw those cookbooks. Even though I still have them in the cupboard because you just never know even though I still, to this day, haven’t looked through 98% of them.

The meal has to have very little ingredients, require as little chopping as possible and be quick. If it tastes good, that’s a bonus. But it doesn’t have to taste good. Because then they won’t expect much so that could be a blessing in disguise.

So, get my point? The easier, the better. The faster, the even betterer and if I’m lucky, chinese food when everyone is sick of my cooking. Which is more than I care to admit. Actually, I don’t really care at all.

So, I will bestow to you my best meal ever. And my family loves it so much, I make it weekly with enough leftovers to carry over into the next night or longer. These people are lucky, I tell you.

While the pasta cooks, mix all of the above in no special order. Unless you use fresh (when I say “fresh” I mean the raw kind, not really sure how fresh it is) sausage, then cook that first. I’m not really sure why. If you really need to know, look it up.

Add to cooked, drained pasta and you have yourself a meal.

If you want to make it even healthier, add in some broccoli or whatever. But that’s an extra step and more work because then you have to wash it and cut it and cook it. So, just throw some on the side raw if a veggie is important to you.

There you have it. A meal that literally takes less than a half an hour to throw together. Don’t say I never gave you anything. You’re welcome.