When I was in the throes of teenage-dom, you couldn’t pull the phone out of my hand without the assistance of a grizzly bear with a crowbar. This was during the hormone-induced-boy-crazed stage of my life where every ring of the telephone meant the difference between life and death. I’m sure I burned more calories running for that 1982 telephone than I do during HIIT class.

The rotary phone wasn’t easy to talk on either. Ours was stuck to a wall which was a challenge all on its own. The dial was what nightmares are made of, and the handset was attached to the base by a curly cord that would twist up into itself. Unless you took the time to unfurl it, the basic act of moving was a near impossibility.

But that curly, twisted-up, wired cord was my lifeline. And I was dead without it.

I got that cord so stretched out, I could practically talk in any room of our modest little home. My favorite was stretching it from the kitchen to across the hallway and into the only bathroom we had. I would lock myself in there and talk until a member of our five-person household was banging the door down.

I would talk for hours upon hours on that phone. So much so that my ear would sweat itself into hives. More often than not I would be interrupted by the sound of an operator coming onto the line with the news that my mother was trying to get through. Anything short of a natural disaster did not an emergency make.

I nearly died and went to heaven when the push button was invented. Then the party line became a thing where you could have three people on the phone at once. That right there was just short of orgasmic. To make things even better, the cordless came along and changed everything.

Of course, that was followed by the digital phone where you could actually see who was calling. I think they call it “Caller ID.” That was almost better than the invention of bread.

Obviously, the telephone has evolved over the years. Enough to want to make Alexander Graham Bell roll over in his grave.

What we didn’t see coming was the invention of the car phone. Everyone remembers their first. Mine was no lighter than a baby seal and came in an attractive case that resembled an oversized toiletry bag.

Now we have cell phones that are so small they fit in our back pocket, and are smarter than most people I know. They have the capability to contact someone without actually calling them, order dinner, book a vacation, count calories, teach CPR, and take better pictures than a Nikon camera.

These days you don’t even need a landline. The cellular phone has taken over.

I am no longer a fan of talking on the phone, unless it’s to my daughter, parents, or a friend I haven’t spoken to in a long time. And even then it’s questionable.

I’m not really sure what happened. Perhaps it’s due to my overuse of the thing when I was fifteen and the novelty just wore off. Or it could just simply be because I’m sick of talking.

It sounds like an oxymoron of sorts allowing those words, “sick of talking” to pass my lips. If there is one thing I have a gift for, it’s the gab. Although, mostly that gift is put to use during a movie, long car rides, and inopportune times that have forced people to ask me to close my trap. Can you imagine?

Anyway, these days I prefer texting to calling. It’s more convenient, faster, and not such a time suck. Sure, I run the risk of misspelling a word or using the incorrect use of “your,” but that’s a chance I’m willing to take. Even if it is blasphemy.

I guess my point is don’t call, text.

Just kidding. You can call. 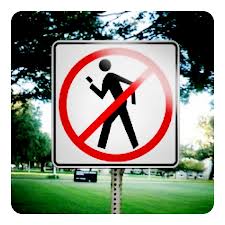 There is this chick in my neighborhood who walks every single day.  Up this humongous hill that I have walked up (even run up in the day I was able to…sniff, sniff), but not without losing a lung.  She goes up and down over and over again.  This chick is in pretty good shape.  Walking up the hill of death would do that to you, I guess.

Anyway, we all know exercise can be rough.  It kinda sucks.  I do it because I really need my ass to stay as close to its original birthplace for as long as I can possibly keep it there and I also really hate the sound of my thighs rubbing together.  It’s a necessity at my age.

I carry one thing with me on my walk: my iPhone.  This is for a couple of reasons:

1) In the event I need to dial “911” in case some kook tries to steal me (because who wouldn’t want this, right?) or in case a coyote finds me delicious.  Yes, I actually imagine myself in an emergency situation and wonder how I would dial my phone while being eaten alive by wildlife.  In my brain, it doesn’t seem easy.  I also wonder if I would be able to climb a tree to get away.  This thought is followed up by another thought:  would this animal be able to also climb said tree?  Such a problem.  Wait…why do I exercise again?  Oh right, ass.

2) I cannot do an ounce of exercise without my beloved playlist playing through my earbuds. It just makes it that much less painful.  But I do not text and walk.  Okay, so that’s a lie.  I did last week.  Once.  Because once was enough after I realized that I cannot walk, look down and text at the same time without veering off into the middle of the street.  My walk quickly turned into a good game of “Chicken.”

So, anyway, my point was that this humongous-hill-exercising chick texts.  She does.  No, I do not stalk her.  I know this because every time I go out in my car and see her walking, she is looking down and texting on her phone.  EVERY FREAKING TIME, I KID YOU NOT.  Now, this woman is not real young.  She looks to be at least in her fifties.  Not that that makes much of a difference, but she should know better.  Don’t text and drive should also be a motto for walkers.  I don’t mean to judge her.  Maybe I’m just jealous because it’s quite obvious that I cannot do the two at once.  Maybe, also, I would like to know who she’s texting and what they are talking about.  It’s got to be intriguing, right?

Yesterday, The Kid and I ran into DSW and we noticed a young girl texting and walking through the parking lot.  I see this all the time.  The Kid actually pointed it out.  “Look mom, look at that girl texting while she is walking through the parking lot.”  “Pfffssh, can you imagine?”  I said to myself.  “Kid, who are you kidding?  Sometimes I feel like I need a chisel to get that little device out of your hands.”  Right.  Whatever.

I am in my late forties, okay?  I was brought up in an era where if we needed to get a message to someone, we had to use smoke signals.  No, no, just kidding.  But we did have two options:  a pay phone, or a phone that was attached to the wall in the kitchen with a 30 foot long curly cord that would reach down the hall and into the bathroom so that you could have privacy.  That’s it.

So, what happened to me?  Today, I find myself behaving like some of these kids.  The family could be sitting around watching HGTV and there I am.  Texting someone, checking Facebook or my junk email (because I only get junk email, can someone send me something legit?  Please?).  DH often asks me what I’m doing and if I can put my phone down please?  I sometimes even get a headache from it.  It’s so stupid.

This post has gone a bit off kilter here (what else is new?).  I’m trying to say that we are missing so much around us.  I know this isn’t new.  I’ve seen the Facebook status’ and memes and videos about it.  Everything that is going on around us is being missed because we can’t get our heads out of our phones.  It’s a problem.  For some, it’s worse than others.  I know the friends who don’t do it. Those are the ones who you text and it takes them 13 days to get back to you.  (Gawd, don’t they just annoy you???  I mean, who do they think they?  Having a life?)