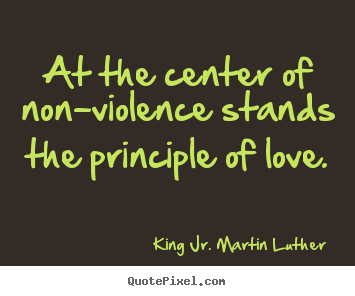 What is it about this generation?  When I was a kid, all we worried about was if Maria wanted to fight you because you kissed her boyfriend.  “Meet me behind the school after the last bell.”  So, we might go home with a black eye or get punched in the stomach and forced to vomit the meatball sandwich we ate for lunch, but so what?  We had our life intact.  No one thought to bring a gun or a knife to school.  I’m not saying it didn’t happen, I’m just saying it didn’t happen often.

Last Friday a bright young woman’s life was snuffed out.  For no reason.  She said “no” to a boy who asked her to prom and he didn’t like that answer.  So instead of being a man and walk away with his head held high, he decided to be a coward instead.  He took out a knife.  And without thinking about the repercussions, he took her life.  Just like that.

Last month, a teenage boy choked his girlfriend to death, then threw her in a stream.  All because they got into a fight.  This happened in my parent’s town in North Carolina.  In another part of the state, a teenage girl poisoned her grandmother because this grandmother took her cell phone away from her.

A year and a half ago, a young man went into an elementary school and killed 20 children and 6 others.  Then there’s Columbine.  Virginia Tech.  And this isn’t all.  Google “violent crimes committed by a minor.”  You will be shocked.  Children as young as 12 are on this list.  It’s disgusting.

So, here are my questions:  What are we doing wrong?  Why are our children killing others?  Why is there such total disrespect for human life?  Where is the fear of God?  Or morals?  Are we being too permissive?  Are we not imposing enough boundaries?  Are there too many outside influences beyond our control?  Too many violent video games?  Too much social media?

I am in an outrage, as I’m sure many of you are.  I’m not happy that I can no longer feel that my child is safe at school.  That every morning there is a police officer standing at the entrance of the school in the event that some kid may lose his crap and start shooting at people.  I’m not saying that I’m not grateful for this police officer.  I am.  I understand that this is the new normal.  It still doesn’t make it right.

How did it get out of control?  I’m not judging.  We allow our teenage daughter to have her head in her phone way too long.  We give her not only what she needs, but what she wants more times than we probably should.  Maybe she doesn’t have enough chores around here.  But she has boundaries.  She knows right from wrong.  We took the time to show her the importance of compassion, how to love others.  We taught her to be strong and confident.  How to handle rejection.  How to be a good sport.  Respect human life.

We, as parents, need to step up and raise our children.  Don’t you have conversations with your friends that sound something like this:  “Geez, when I was a kid if I talked to my mother the way some of these kids speak to their mothers, I’d get an ass-whooping.”?

I don’t condone hitting your child.  I don’t agree with that.  But something is lacking.  Somewhere along the way, we messed up.  I could be wrong, but doesn’t it start in the home?  So, people, let’s fix this thing.  I can’t take another news story of a child taking someone else’s life.  There is something so wrong about that.  We need to stop the violence.  And we need to stop it today.  Who’s with me?